Well, after a lengthy hiatus I am finally BACK and doing what I was born to do – being stupid and annoying online, in the form of a highly regarded best-music-and-sound-to-come-out-of-adland list for February!

As someone who has spent an obscene amount of time (and money) trying to perfect the ‘natural beach wave’ look (I have tested nearly every salt spray on the market), I wholeheartedly approve of this ad and am also jealous of the gawjus curls displayed throughout.

Old Spice are certainly no strangers to fun, quirky advertising that effortlessly puts a smile on your face, and this film, which sees a diverse cast bopping around a bodega whilst their curls bounce in tandem, is no different.

The vibrant spot is sound tracked by an equally bold track, produced by UK based singer-songwriter H33ra. The track’s infectious beat, reminiscent of early 00s hip hop but with a contemporary flavour, is complimented by a catchy, playful, pitch-manipulated vocal, which simply repeats the word ‘Curly.’ Love it.

So, even though I know curly hair shampoo does NOT transform your (somewhat) wavy hair into a full head of beautiful, bountiful curls (no matter how much you want it to) I am OK to let Old Spice pretend that it does for the sake of this fun little spot.

I will certainly not be extending the same courtesy to John Freida, however.

Ok, so this is a cool ad with a cool idea for a re-record. But I have a few issues. The main one being that the credits list Megan Thee Stallion AND Charlie Puth as the cover artists and yet… Charlie Puth’s only spotlighted vocal moment arrives in the form of a… beatboxing solo?? Excuse me?? I am outraged! To dangle the promise of Charlie Puth’s sultry dulcet tones in front of me like a sexy carrot only to crush my dreams with a BEATBOX SOLO!? That is unforgivable Frito-Lay!! Un.for.giv.a.ble. Doing Puther’s everywhere dirty.

Charlie Puth’s only spotlighted vocal moment arrives in the form of a… beatboxing solo??

Even my queen Megan’s iconic rap delivery is barely discernible. If it weren’t for her signature ‘Ah!’ I wouldn’t have guessed for a single second that it was Meg laying down the vocals. You could have told me it was Cardi, L’il Kim or even my mum and I would have been like cool… yeah I deffo hear it! Frito-lay, girl… you fumbled the bag big time with this one. Should have saved your coins. My mum would have done it for a third of the buyout fee.

However, despite my criticisms, I will say that this clever re-imagination of Salt N Pepa’s ‘Push It’, realised through the vocalised reactions of an (extremely random mix) of animals after they eat a variety of Flamin’ Hot crisps (or ‘chips’ as they call them in the USA) is really cool. Think the iconic ‘ahh shh push it’ replaced by various snorts and grunts of surprised delight post-chowing-down on some Flamin’ Hot… Doritos? Cheetos? Dunno. Unclear. Anyway, then the original track kicks in to carry us through to the end of the film. Everyone goes home happy. Apart from Charlie Puth superfans (me).

“Amidst all of the performative casting we’re witnessing these days, it’s refreshing to see a tangible piece of marketing highlighting a real-world solution to a real-world problem, and comments on social media suggest this is an innovation which has landed really well with the target audience”.

Essentially – a really nice spot, highlighting a very worthy subject, sound tracked by an undeniably beautiful song, sung by a 10/10 artist. Ticks all round from me. Am also a sucker for any piece of media that offers a ‘first listen’ or entirely unreleased track from an artist I like. Nice to feel like you’re part of something a lil exclusive ey.

So, for starters, I had no idea Quorn was even available in the US. My girls have crossed the Atlantic!! HUGE.

I am genuinely overjoyed for the yanks because I am a Quorn. Stan. And why wouldn’t I be? The sausages slap. The mince? Hits. And don’t even get me started on the nuggets!!! Suffice to say, much like Drew Barrymore in this absurd yet charming film, Quorn has seen me through some tough veggie days. And, on the flip side, whoever is in that chicken suit and I also share something beautiful, which is that Ms. Drew Barrymore has truly been there for us in times of need. Seriously. I have watched ‘Never Been Kissed’ hungover more times than I will readily admit. I may have even indulged in a Quorn nugget or two whilst watching Never Been Kissed! Say what you will haters – that is a 5 STAR MOVIE. (cue chorus of fans screaming ‘I’m not Josie Grossie anymore!!!’)

Anyway, what I’m trying to say is that here, two beautiful worlds (Quorn x Drew Barrymore) collide to make something truly beautiful. Drew, or to use her formal title, ‘Chief Mom Officer of Quorn’ (I am not joking – Google it), wields her token, effortless, jubilant spirit as she enjoys a day filled with fun and frolics (and Quorn chicken nuggets!) with her best friend AKA the person in the giant chicken suit.

The film is shot in the style of a 70s cinefilm home movie (it’s giving Licorice Pizza vibes) and is sound tracked by an upbeat, vintage-sounding tune, which features the apt lyrics: “you’re my best friend, I’m alive when I’m with you.” Cute.

It’s Quorn’s most high-profile campaign to date, aiming to make an impact Stateside, in the already crowded faux meat space.

Red Nose Day – You Have the Power to Change Lives

Joanna Lumley serenading bewildered fundraisers with an increasingly dramatic, lip-synched performance of Minnie Riperton’s ‘Lovin You’… If that doesn’t get you to donate to Comic Relief, I simply don’t know what will.

Specsavers – Music to your Ears 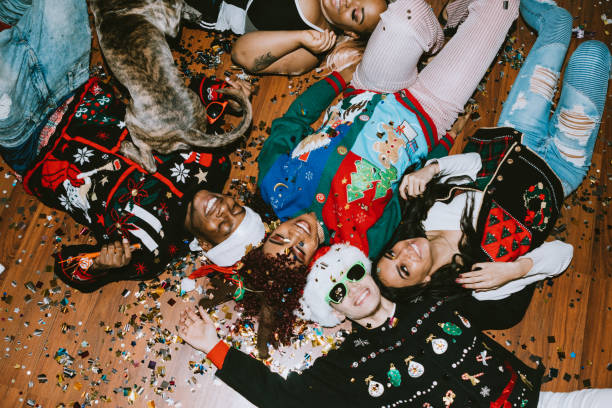