Live music lovers across the UK were given a huge dose of optimism last night, as a mask-free (but COVID secure) four-thousand-person crowd gathered in the O2 Arena for the 2021 Brit Awards. Exuberant performances, poignant acceptance speeches and powerful celebrations of our NHS and key workers: The Brits hit all the right notes.

Viewers were spoilt with two opening performances: Coldplay performed energetically from a floating platform in the Thames, Whilst Dua Lipa showed the nation her moves from a makeshift underground tube train – perhaps a ploy to get commuters excited for their return to public transport.

On her way to becoming one of the UK’s most heavily decorated pop stars, Dua Lipa won big last night, taking home both British Female and Album of the Year with her disco-pop fueled record, Future Nostalgia. Her acceptance speeches dedicated the awards to healthcare pioneer and nurse, Dame Elizabeth Anionwu, as well as Folajimi Olubunmi-Adewole, the London hero who tragically lost his life after attempting to save a woman who fell in the Thames earlier this year. Her call to Boris for a pay rise for frontline workers was also met with rapturous applause from the audience, 2500 of which were key workers given tickets to the show.

On her way to becoming one of the UK’s most heavily decorated pop stars, Dua Lipa won big last night, taking home both British Female and Album of the Year with her disco-pop fueled record, Future Nostalgia.

Dua Lipa also nodded towards the Brits’ previous lack of female nominees, (only one British woman was nominated out of the 25 mixed-gender slots last year), and also the new wave of female success in the music industry this year, something we saw at the Grammy’s also.

Dua Lipa was not wrong, as we saw a number of powerful performances by nominated female artists, including Arlo Parks and Rising Star winner Griff, as well as Olivia Rodrigo, whilst Taylor Swift was the first woman to be crowned with the Global Icon award.

Also making history was the nation’s favourite girl-band, Little Mix, who took home the Brit award for British Group as the first all-female group to do so. The group dedicated their award to the many stellar girl bands who have been overlooked in this category over the years, including the Spice Girls, Girls Aloud and Sugababes.

In a sophisticated performance, UK rapper and three-time nominee Headie One performed his Brit Single of the year nominated track, Ain’t It Different, alongside fellow nominee AJ Tracey. The powerful set, a box filled with news headlines describing drill as ‘a symptom of societal failings’, was designed by Virgil Abloh, and futuristic camera work reminiscent of Pa Salieu’s recent music video for My Family, provided a sleek backdrop for the artist’s poignantly modified lyrics calling out the UK government:

We also saw an iconic collaboration from Elton John and Years & Years front-man Olly Alexander, who performed a dramatic synth-pop rendition of the Pet Shop Boys’ 1980 hit, It’s A Sin – also the title of the Channel 4 series that explored the HIV and AIDS crisis, and saw Olly Alexander star as a lead character. 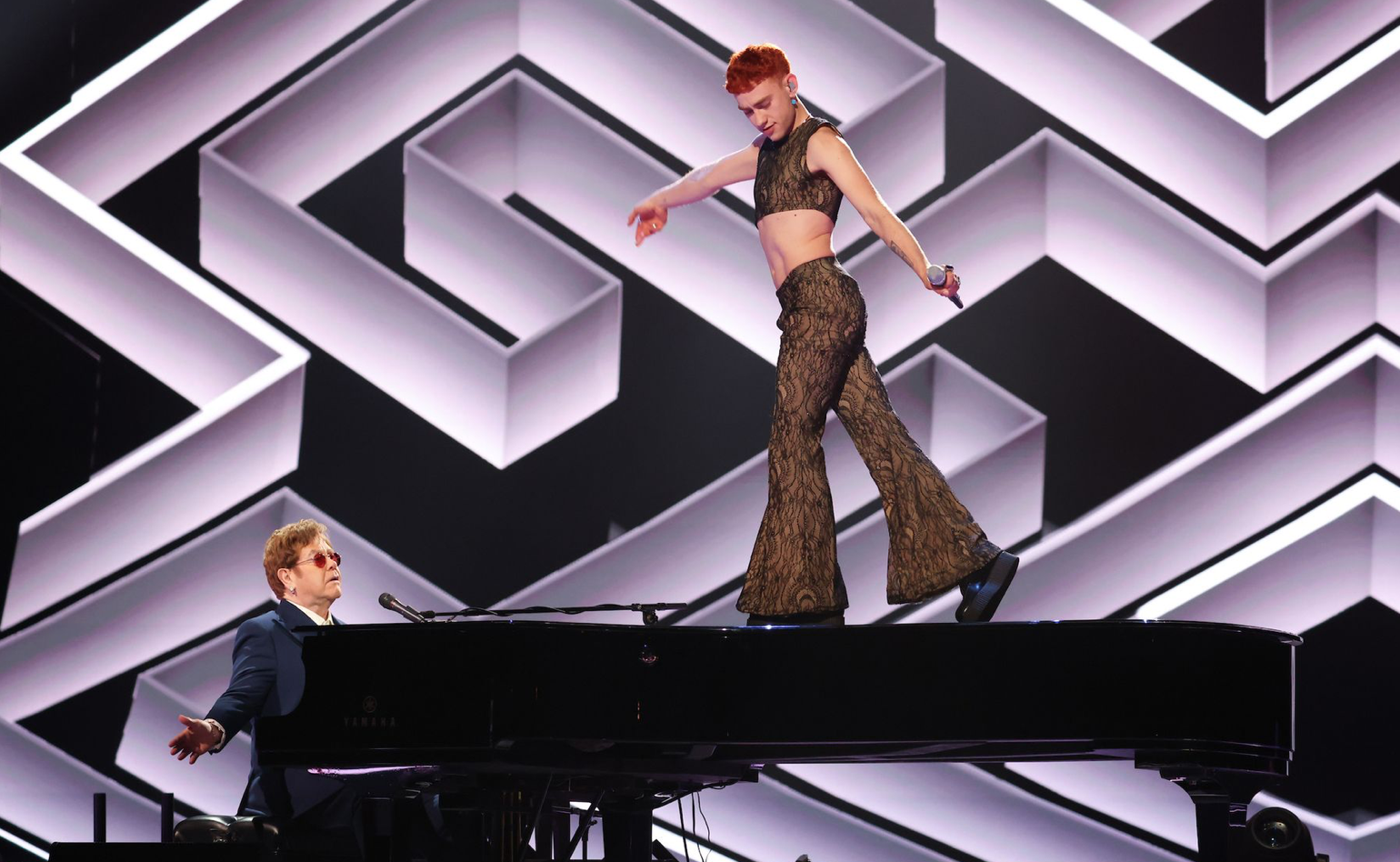 Not only did the ceremony see appearances from Taylor Swift and previous winner of global icon, Elton John, former US first lady Michelle Obama took to the screens as she awarded The Weeknd with the Brit for International Male solo artist, applauding his charitable work, and perhaps correcting the Grammy’s oversight earlier this year, where The Weeknd failed to receive a single nomination despite having released one of the most globally successful singles of the year, with ‘Blinding Lights’.

The ceremony went out on a tear-jerker, with a performance from Rag’n’Bone Man, alongside Pink and the Lewisham and Greenwich NHS Trust Choir to close the show – a fitting climax for a moving night. After almost 14 months of live music venues being closed in the UK, the 2021 Brit Awards was a great way to start the live music industry ball rolling again.

The best present ever?

A €200 culture-card for everyone turning 18 in Germany.