DLMDD Creative Director Anil Sebastian meets with legendary producer Guy Sigsworth, celebrated for his pioneering work with some of the most iconic artists including Bjork, Britney Spears, Madonna, Robyn and Imogen Heap.

Anil and Guy discuss the difference between strange and eccentric, the creative spur of restriction, and the brilliance of Billie Eilish.

You started touring Europe playing harpsichord for the European Baroque Orchestra. How did you go from 14th century early music to being the pioneering producer that you are today?

After the European Orchestra, I moved to live in London. I started to listen to pirate radio, and I loved the sort of music I was hearing, and I got some very basic gear and I got a few gigs, but then I started to think that there are lots of other people who are very good at this. And maybe I could do something that was totally me, and in this other world.

Because I think in art there are no real mistakes: whatever you do, it’s just whether you like it or not.

I grew up in a house where my dad only really played classical music, so I didn’t grow up with pop as the starting point. I came to pop late, and I still kind of think I speak it with a foreign accent. I never want to lose that accent. With everything I pursue, I want to know more and get better. But then I also know that my mistakes in misunderstanding it might be interesting. Because I think in art there are no real mistakes: whatever you do, it’s just whether you like it or not.

And that leads me on to thinking about STET, your solo record, and STET itself, what does it mean?

There’s a poet, Peter Reading, who had a collection called Stet, and that’s how I first saw the word, but I loved it. And it’s an acronym used in printing, from Latin, and it means, ‘let it stand’. It’s a way of signalling to a proofreader, when you use a word with an unusual spelling or an unusual grammatical construction, ‘I really mean it this way’. I would imagine that whoever first proofread E.E. Cummings’ poetry had to write that a lot, because it’s full of deliberately breaking the rules of grammar and punctuation. But that’s part of the character of it. I’ve kind of always taken that on.

I think the tricky thing in all artistic endeavours is keeping that balance of being self critical, but not to a point of self laceration where you don’t believe in yourself.

I think the tricky thing in all artistic endeavours is keeping that balance of being self critical, but not to a point of self laceration where you don’t believe in yourself. We’re all worrying that we’re really frauds going to be found out as not very good at anything. But at the same time, we have to have some sort of inner confidence that the voices in our heads are not completely crazy, and they’re telling us good things to do with our melodies and chord progressions and jumbled up lyrics.

It’s actually really reassuring to hear that. I remember you once talking about the difference between weird and strange, if you remember?

Funny enough, I’ve just been reading the writer Mark Fisher, who takes it to a slightly more deep, philosophical level than my thought. My thought was that in music that I knew there’s a certain way of writing, which is eccentric where, say, Frank Zappa is eccentric, where he’s referencing different eras and putting it together in this kind of crazy jigsaw. That’s eccentricity.

Whereas weird is where, when you hear it, you can sense that it has its own logic, you just don’t know what that logic is. It’s like hearing somebody talk Martian. No regularities in it, but it’s a language. You just don’t know what anything means. And I think that’s what I love. I love music that’s strange, as if there’s some inner logic that you don’t know what it is. Because you can’t immediately refer it back to the music you already know.

I think it’s really interesting. I did some shows with Imogen Heap, and I think that live and CD recordings are very different. I think in the recording process you’ve got this ability to be fussy about things, which is almost like stop frame animation, where everything can be controlled to this very precise level. And then live, I like it to be as free jazz as it can be. That’s probably why great jazz is primarily a live art form, and the recordings are always just a snapshot of a moment, live in a club. Because that really is music – where anything could happen in the moment of performance, right?

Because that really is music – where anything could happen in the moment of performance, right?

I’m imagining an Albert Ayler in New York in 1963, or something where you, there’s kind of danger in that moment. Then there are ways when we mix records where we are able to help focus the listener on one element or another. And you can put Easter eggs, things that people may not pick up on first listen, but they’ll start to notice on their second, third, 100th listen.

I still find new things in STET. And actually, funnily enough, my partner teaches dance and uses the tracks from STET in is his stretch class.

Dance is one of those art forms that I love, while also having not got a clue what they’re doing. Every culture comes up with some way of dancing, whether it’s flamenco, or street dances or even humble Morris dancing. My favourite composer of all time is Stravinsky and we forget that all these amazing pieces he wrote that revolutionised 20th century music were written to accompany dancing. There must have been interaction between the feet and the rhythms that generated it at some level.

There’s a beauty in viewing artforms that you’re outside of. I think religious ceremonies are like that, and especially when you view them as somebody from outside that tradition. I have a very, very vivid memory from when I went to India in the 90s. And we went into this temple in Kerala. I don’t understand the exact meaning of the rituals in Hinduism, but basically, there was this elephant gloriously painted, and a musician playing a nadaswaram, which looks like a sort of giant saxophone. He was playing this huge, rapid solo to the elephant. It all makes sense, just in a way that I don’t understand, but I love it. I love that element of ritual that’s in those ceremonies. And I think maybe that’s what dance does. And it’s what musical performance can have: that quality of a ritual. The idea that you’re witnessing some strange ceremony.

Absolutely. How has lockdown and the pandemic changed how you are listening to or making music?

I had my first lockdown experience in Krakow, in Poland. I couldn’t get out because the Polish authorities closed the airports, and I wound up in a kind of exile for months. And I secretly enjoyed it. It’s kind of like being a lighthouse keeper. But I found it really good to have restrictions.

Sometimes the restaurant which has 100 things on the menu, and you don’t like any of them, and the restaurant has got five things on it’s somehow easy to find something that you really like. I just had my one laptop, and it was not in a great state, and that’s all I could make music with. I really had to ration it. It would fall over very easily if I tried to use plugins which were too intense in CPU usage. And just learning, ‘Where do I really need to use this, and where do I not?’ was a great experience for me because I used to be like that in the old days, making music with nothing. It’s very resourceful. And then you get a kind of bloat when you can just go on the internet and buy a sample library with terabytes of orchestral sounds. It’s sometimes good to be denied that.

What would your advice be to young creators and musicians working today looking to develop?

I like music that is really personal and individual. I think that the demystifying of technical skills, being able to look everything up on youtube is really helpful. I use it myself sometimes for new things. I think those skills are really valuable. It’s great when you hear, say, Billie Eilish, and you discover it’s just her and a brother, and they’ve done it all themselves. And, you know, I always liked the individual voice. That’s why I was really upset about Sophie dying young, Sophie really had a new and very individual sound, you could spot the Sophie track. And it wasn’t that they all had the same trick. It wasn’t just that they found this way of writing a signature, just by doing one trick. There were lots of different elements to what Sophie did. It was really standout. I just love hearing that individuality and the quirkiness.

I started out with virtually no gear, and I got to make records with Trevor Horn, and they really liked the sounds I created on my crappy gear. And then later on, I got more money, and I had more gear, I discovered that with about 80% of it, I’d think, ‘why is it not really sticking?’. It’s like, whatever reason you buy it, you think you’re gonna use it, and then you use it a little bit. And then maybe 20% of it winds up being stuff that you go back to again and again. And it’s very individual. The point is to celebrate that thing that others don’t. 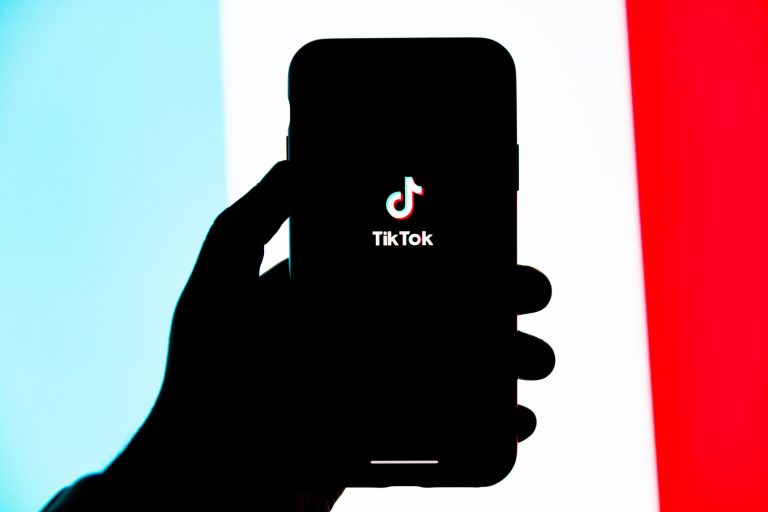 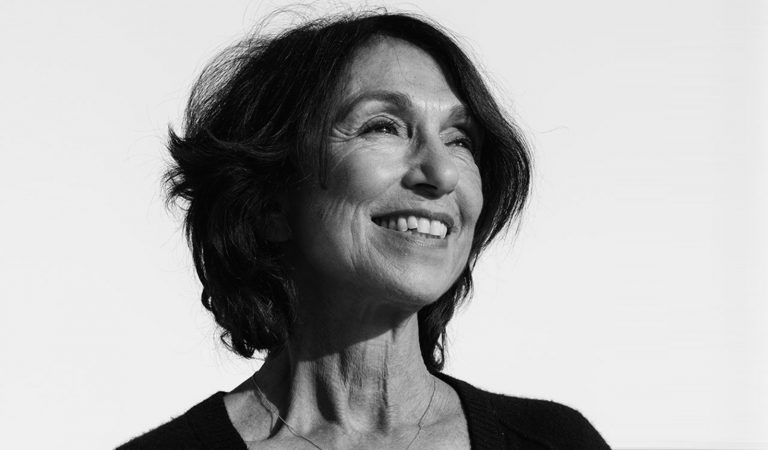 We speak to Suzanne Ciani: synth pioneer, sonic branding legend, and powerful voice in dissecting the mystique of male superiority. 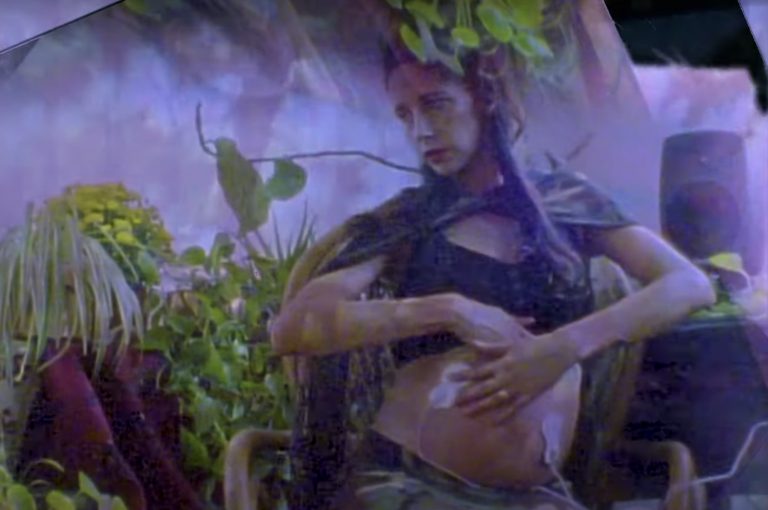 An album created in utero sparks a conversation around the future of health communications and the role sound can play.