The gaming world is home to some of the most powerfully evocative and nostalgic brand sounds. Think of the boot-up sounds of SEGA Master System, Game Boy, PlayStation, Xbox, or whichever console you grew up playing. If you were to hear one second from the start-up music from a favourite game or console from your youth, you’d be able to instantly recognise the brand, remember the positive experience and be immediately transported back there.

Soundtracks are an important part of the storytelling process of modern games: a refined tool to control emotion and establish tone, setting the scene just as in film.

Gaming developers were early pioneers of understanding the recall  power of music and sound, and have created works that are  iconic for many. The soundtracks of Super Mario Bros, Tetris and Street Fighter II set a standard, and successive waves of developers and composers are constantly pushing things forward.

It’s an exciting sector, with more than 3bn gamers in the world – almost 40 per cent of the global population. The global gaming industry is estimated to be worth $159bn, dwarfing the $60bn music industry, and with a massive 71% of Gen Z identifying themselves as gamers, more growth is set to come.

Music has always been an integral to the gaming world, and has birthed two major franchises during the late 2000s: Guitar Hero and Rock Band, both of which became $1bn success stories, driving console sales and inspiring many to pick up and learn real instruments. While these games have since fallen from mainstream popularity, their legacy is still felt.

Soundtracks are an important part of the storytelling process of modern games: a refined tool to control emotion and establish tone, setting the scene just as in film. The interactive and immersive nature of gaming, where you’re in control of the action on screen, means the effect of music is even more heightened.

Gaming composers look to harness a wide dynamic range to suit the different modes of the game, such as fighting, or chase, to build an emotional experience, matching their composition to the visual kinetic rhythm of gameplay. Understanding the energy level of players at different times and mirroring or enhancing this, reinforces the player’s immersion and involvement.

In the much-loved football game, sound is integral for making every goal feel like an epic, glorious moment. Artists such as The Black Keys, Lorde and Avicii have all featured on FIFA, and getting a song on the soundtrack means it will be heard nearly 1bn times, whether it’s by a headline or emerging artist. Getting a licensing deal to be used in-game can be a massive boost for artists, and be instrumental in shaping the music tastes of young players.

Similarly Grand Theft Auto leverages its cultural capital as a popular franchise to collaborate with major and tastemaker musicians, with artists attracted by the audience reach. The GTA soundtrack is set up as a collection of radio stations for the player to choose and listen to whilst driving, providing an extra layer of interaction.

Many artists have been able to monetise virtual online performances through tickets, fan contributions, virtual and real merchandise and in some cases, sponsorship and advertising revenue.

In 2019, more than 10 million people watched electronic artist Marshmellow perform in Fortnite. Stormzy has taken to the virtual stage as a digital avatar in London of Watch Dogs: Legion, and Post Malone perform alongside Pikachu and Charizard for Pokémon’s 25th anniversary celebrations.

Another hugely popular franchise that puts massive effort into sound and music is The Sims.

Not only do they have a fantastic suite of original composition to accompany game play, they use voice actors to speak The Sims language (“Simlish”), and they even license and re-record popular commercial tracks in “Simlish” to play on The Sims radio. Yips!

The pandemic has certainly accelerated the potential for musicians to reach their audiences via video games, while travelling and in person crowds have been compromised. Over the past year, Lil Nas X, Stormzy, Charli XCX, Post Malone and Travis Scott have all performed in digital settings, connecting with their audience via consoles, computers and smartphones. This intersection of music and gaming is a creative, flexible and lucrative space with an exciting growth trajectory ahead of it.

This intersection of music and gaming is a creative, flexible and lucrative space with an exciting growth trajectory ahead of it.

Music tells us how to feel and can be a vital element turning games into unforgettable experiences. As video games have become more and more mainstream, the soundtracks and potential for innovation have expanded in ambition and scope, and we see no sign of this slowing.

Brands in the non gaming world can learn from the exceptional brand recall gaming publishers have successfully crafted, and can learn from the powerful responses and connections fans have. This creation of brand equity through sound and music has meant they have a timeless and ownable asset, forever conjuring positive consumer experiences. 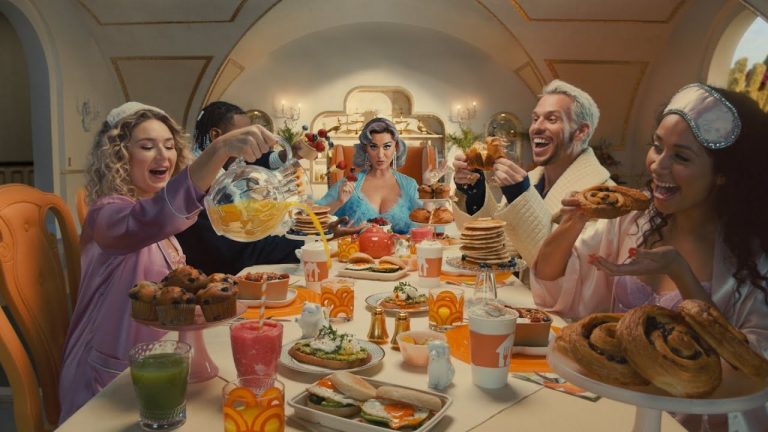